As violence in Palestine returns once again, we want to share this reflection from our colleague Mohammed Ismail. He’s been with Islamic Relief Palestine for the last ten years. Below, he shares with us one of the most dramatic nights he’s lived through, which happened during the bombings and attacks on Gaza in May 2021. Please read and share widely to help us keep Palestine in focus. The plight of the Palestinian people is not yet over. Everything we can do to alleviate their suffering makes a difference. 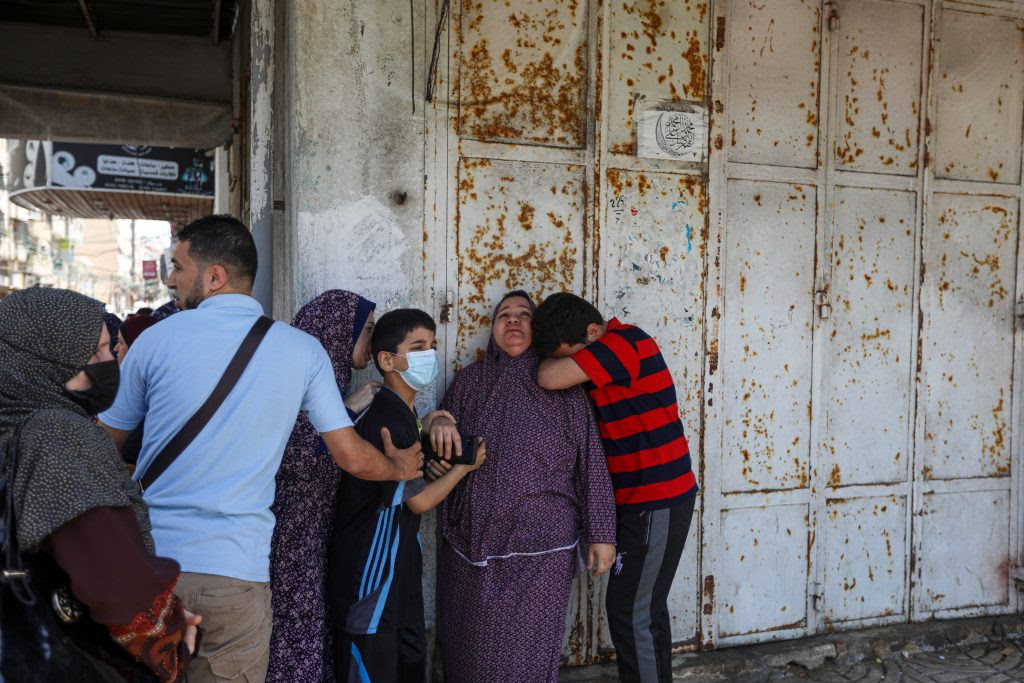 I will tell you a story about one of the most dramatic nights that I lived through.

It was after midnight, around 12:30am, when Israeli airstrikes started. Unlike the previous three wars with Gaza, these new bombs were the kind that would destroy cement bunkers.

The bombs shook houses like an earthquake. I could see the windows shaking, the hanging light bulb swinging and the building moving.

Dozens of these kinds of bombs were hurled at Gaza City simultaneously in a period of about ten minutes. The violence in Palestine is unimaginable. 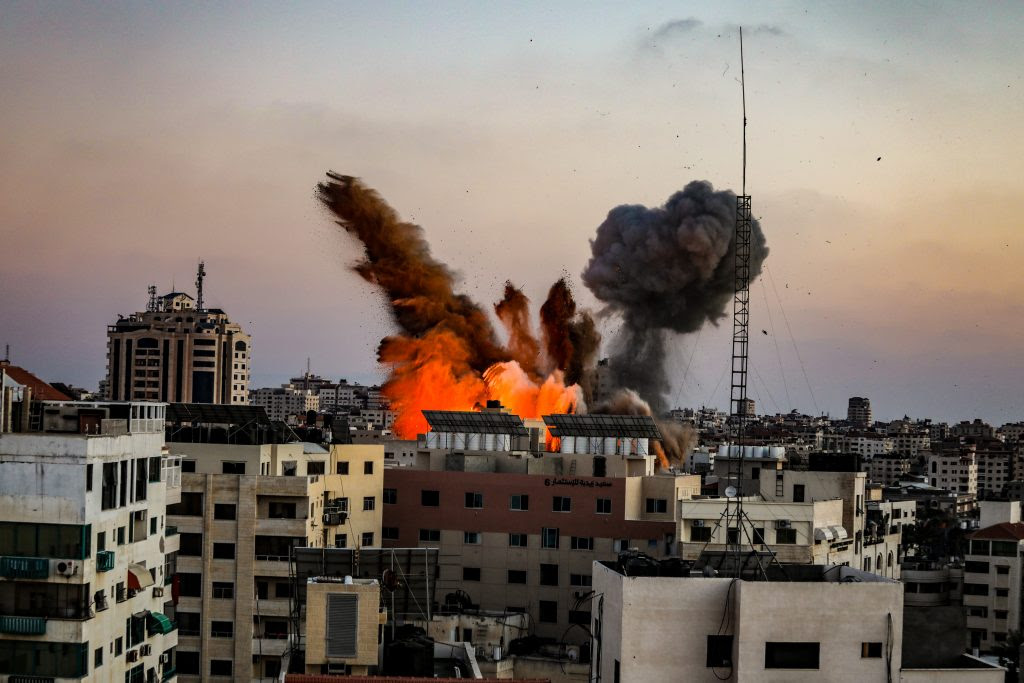 Destruction of a building by an airstrike

My first concern was about the Al Koluk family – the in-laws of our colleague at Islamic Relief, Rami.

I called Rami to check on his in-laws. He told me: “We can’t reach them. We know nothing about what’s happened to them.”

I called again after a short while and he informed me: “Their building was leveled to the ground. We still do not know where they are”. During our third call, he said: “They are under the rubble. Rescue teams are trying to find them”.

In Remembrance: The Al Koluk family

I kept checking with Rami until the morning, but he was getting frustrated and I could hear his wife Reem crying about her family. She couldn’t go to see what had happened to the house because the airstrikes hadn’t stopped.

In the morning, about eight hours after the bombing, we still had no news on the Al Koluk family. I called Rami and met with him at the hospital.

He told me rescue teams had found his mother-in-law alive and brought her to the hospital. We were at the reception and his wife Reem was praying that her father would be alive.

Rami’s father-in-law Abu Waseem was brought to the hospital. But he did not survive. He’d passed away.

They called Reem to identify him. She was in floods of tears. She told them: “That is my father”.

Parents: Abu Waseem and His Wife

Abu Waseem was a lovely man. He would always make jokes and laugh.

I met him one day before the escalation of the conflict, during Ramadan. He knew Rami and I loved to go out for barbecues.

He asked if we were going to have another barbeque and we told him: “No barbecue parties any time soon”. We reassured him that we would plan one after Ramadan. He laughed and that is the last I remember of him.

My friend’s mother-in-law was brought to the hospital and is thankfully safe and sound. She was admitted to the ICU. Our hopes of the rest of the family being alive were however shattered. Abood, as everyone called him, had graduated from Media College and hoped to become a journalist. He was savvy, like all other Gazans. He and his brother Medo were a cheerful pair.

Abood had started a small shop in the garage of their home. He decorated the shop. He sold chocolates and candy for Eid. He’d been waiting for Eid to dress up and take photos. To go out with his friends. He had now passed on.

Mohammed, or Medo as he was often called, was brought to the hospital alive. We were saying “Allahu Akbar” in relief.

It had been about ten hours and the chances of anyone being alive was fading. We are so used to the violence in Palestine, we know how the situations play out.

But finally a miracle – he’d survived. 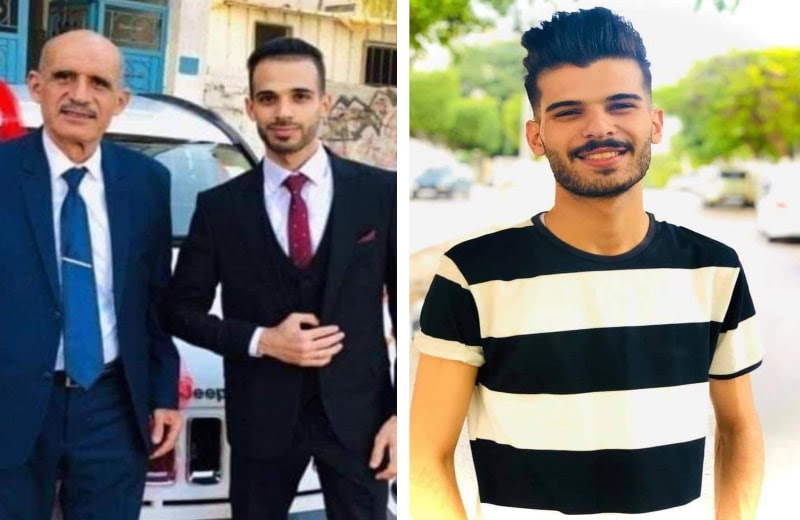 Then came Reham. She graduated as a computer engineer. She was ambitious.

She worked for a telephone company. She was our “inside man” when we needed to pay the bills, to fix our subscriptions and when our internet connection cut.

She’d always help us with a big smile. She was loved in the family. She was the only girl, the spoiled one.

And, then she too passed.

The last one who was brought to the hospital was Sameh. He was the closest to his sister Reem. She had high hopes he would survive.

Sameh was the funniest in the family. He graduated from university in computer maintenance. He was helpful and full of energy.

I remember when I came to his wedding and he was dancing everywhere. I asked Rami: “What’s he on?” and Rami told me: “He is just happy”.

He loved his wife Ayat. They’d just celebrated the birth of their first son Qusai.

He was only six months old. He died. Along with his parents Sameh and Ayat. 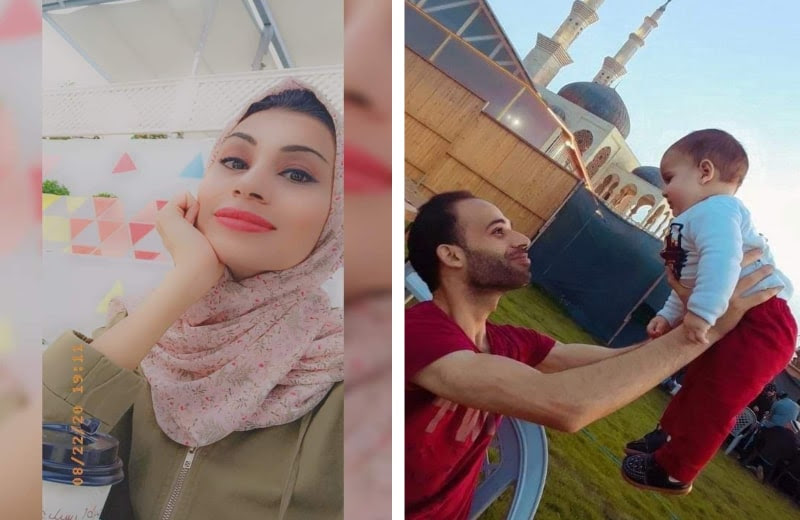 Violence in Palestine Takes Three Generations In One Night

In Gaza, the destiny of a whole neighborhood can be decided by others. The future is full of uncertainty.

One minute you can be sitting in your bedroom just living life and at the next moment, you could be buried in the ground.

Gazans are sick and tired of seeing every other person in the world live free when they still live under blockade.

Gazans are full of energy, potential and hope. Gazans love life. They are kind people. 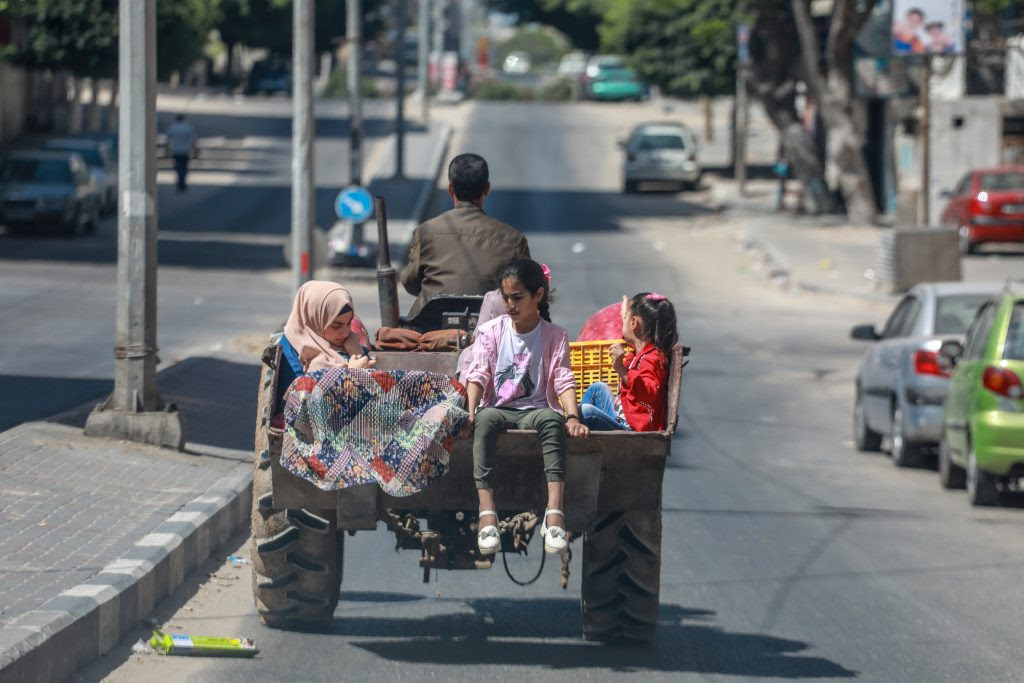 They are known for being generous, for making spicy food, for planting strawberries and flowers, for being well educated, for their resilience, and for their love of freedom.

May the ceasefire now bring a new period of peace, insha’Allah.

We will always remember you, the Al Koluk family. May you rest in peace eternally.

To God we belong and to God we return.

This blog is dedicated to the memory of Abu Waseem, Abdulhameed, Reham, Sameh, Ayat and Qusai.
May you all rest in peace.

Islamic Relief is providing emergency food and medical assistance to help those most in need right now in the Gaza Strip.

Donate today to help save lives and assist with recovery.