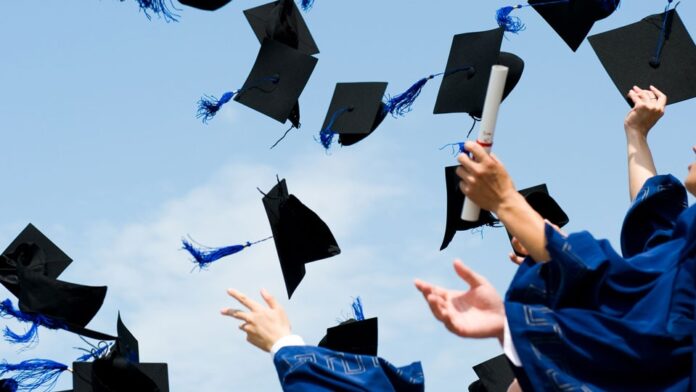 As the COVID-19 pandemic ravages on, kids have had the most impact. For almost a year and a half now their schooling has been virtual, and they are not able to see their friends with social distancing still in place. It’s been even harder for graduating high school students who are moving onto the next chapter of their lives with no celebrations or events. Now with just a few weeks left on the school calendar, students are feeling a mix of emotions as they hope for a more normal fall ahead.

The pandemic has also meant that the more fun parts of school aren’t able to go ahead. Sports teams have been cancelled, assemblies and events moved online, along with group work which is now done in breakout rooms. But fundraisers with raise tens of thousands for local charities are still going ahead and their impact is still strongly felt.

In early June, John McCrae High School went through with their 12th annual Relay For Life event which raises much needed funds for the Canadian Cancer Society. Every year many Barrhaven high schools take part, and jointly raise close to $100,000. This year’s John McCrae Relay For Life event was held virtually but still included all the normal parts of a relay celebration. Students played trivia games such as Kahoot, and also had to run around their houses to find objects in a short amount of time. Other students gave virtual musical performances and at the end of the event, a luminary ceremony also still took place to remember the lives lost to cancer. Cancer survivors also gave speeches including grade nine John McCrae student Jill Reeves, who has been battling Lymphoblastic Lymphoma for over a year. Her motivational and inspiring speech left everyone in tears and she talked about her long and harrowing road to remission, and the unexpected struggles which appeared. Now thanks to the amazing cancer research that has been done, Jill is on the road to recovery and is able to do things she never thought would be possible again. John McCrae High School ended up raising over $10,000 during their event this year, and that was with a smaller than usual amount of students participating.

Over the month of June my office has profiled local Barrhaven students who were graduating from high school in the next few weeks. We are so fortunate to have a very talented group of local youth in our community, and we like to celebrate their amazing accomplishments. It is even more important this year since graduation ceremonies and proms can’t take place. I am also very happy to see that many schools are carrying on the tradition this year of putting congratulatory signs on students’ lawns so everyone who passes by can celebrate with them. I know many of our high schools are also planning some other surprises to see their students off to their next chapter.

One of the students we have profiled is Aaya Mahdi, a current grade 12 John McCrae High School student. Aaya is an amazing human being who gets involved in any initiative that comes along. On top of school sports and clubs such as Link Crew which she was actively involved in, Aaya has also worked closely with the Nepean, Rideau-Osgoode Community Centre which works closely with other youth. Shortly before the pandemic hit, Aaya was working with my office on a youth mental health initiative, and looking for ways to create more activities for youth to do in Barrhaven. Despite her many interests and extra-curricular activities, Aaya always kept up with her school work and in the fall will be going to Ottawa University to study biomedical science. We are very proud!

Another student we have profiled is Ashleigh Pomerant who is graduating from grade 12 at Longfields Davidson Heights High School. Like Aaya, Ashleigh has always been involved in any youth initiatives our office has taken part in. Ashleigh was also part of many activities in high school including: being part of the field hockey team from grades nine to 11 (and was co-captain for grade 11), was part of the cross country running and cross country skiing teams. In grades 9 and 10, she also did ultimate frisbee and was part of the HOPE Club, which aims to spread positivity. In the summer of 2020, Ashleigh ended up contracting COVID-19 and became very sick. She’s not sure how or where she contracted the virus, but became what is known as a COVID longhauler, someone who still feels the effects of the virus long after testing negative. For months she had a hard time even doing simple tasks like singing or walking up the stairs. She was no longer able to play sports and got tired easily. All of this was despite not having any predicting health conditions and followed all COVID-19 Protocols. Ashleigh said she was worried about how this would play in her as she was entering her final year of high school, but in the end had an amazing year and is now in top health. Ashleigh will be going to Ottawa University to pursue a degree in international development in the french immersion stream.

It is hard to believe it’s already July and another round of Barrhaven students have graduated! I think of my own grandchildren and how quickly they have grown into these amazing young adults. I’m excited to keep profiling some of Barrhaven’s amazing youth over the next few weeks in my weekly enlist newsletter. If you aren’t signed up for it already, you can do so by emailing mark.bouwman@ottawa.ca. I hope everyone enjoys the start of summer and the great weather we are having!