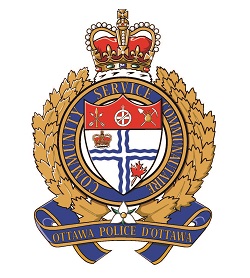 Policing remains a core service delivery for municipalities across Ontario.  The residents that I represent continue to demand adequate and timely policing responses.  I see this daily with emails from constituents that request assistance from police on a wide range of subjects. I suspect that the majority of my council colleagues experience the same.  With already stretched levels of policing coverage, with the City of Ottawa already having one of the lowest police population rates across major cities in Canada, now is not the time to start laying off new hires and I would further argue against a hiring freeze. As well we have by far the largest geography of any larger Canadian city.  Indeed, fully the cities of Vancouver, Calgary, Edmonton, Toronto, and Montreal can fit within our boundary with room to spare yet our traffic component is a mere 56% of that of the City of Gatineau.

When Chief Sloly was selected by the Ottawa Police Services Board he was tasked with modernizing and providing a strategic vision for policing in Ottawa for the foreseeable future.  Shortly after becoming Chief, he told us that staffing levels within the Ottawa Police were low and provided a strategic plan for hiring.  This was supported at the time.  I supported it and I continue to support it.  Firing already hired police officers, that we have invested significant training dollars into already is short-sighted and fiscally irresponsible. It will cost us more to play catch up in future years if we ever do and it will also lead to laying off new recruits who are already serving the citizens of the City of Ottawa.  Ottawa continues to grow and the need for adequate policing will continue to expand as well.  We cannot force an unrealistic budget on OPS and think that we can expect them to properly respond to calls for service moving forward. I hear the Chair of the OPS Board intends to undertake a “line by line” review of the budget which seems political at best if not grandstanding at least.  I fully endorse the extensive effort by OPS Senior Management to whittle down their original budget to come in below the 3% and I trust the Chief to know how he can deliver the service we need. I know Barrhaven residents are not prepared to have an understaffed police service when they call 911.  However, I am also supportive of the calls for change for example those that call for alternative service delivery for matters that do not need police response.

Take for example traffic enforcement, a high demand in Barrhaven. With strategic engagement with the Province over the past years we have begun to utilize alternative methods of traffic enforcement; red light and speeding cameras are complimenting the enforcement that OPS engages in.  But technology will never be able to fully replace the response that police provide for traffic issues.

The call to reform the way we as a province respond to mental health calls and persons in distress is one that I have heard.  I know many in law enforcement support it as well. We need new ways to respond to those in crisis but doing so will require modification to provincial legislation before this can happen, like traffic enforcement.  Provincial and policing leaders including police services boards across Ontario will need to make amendments to provincial legislation such as the Mental Health Act.  Right now, only a police officer can apprehend and bring to the hospital a person who is deemed to be a threat to themselves or others.  I know the Chief is committed to championing these new partnerships and service delivery methods.  This is why he was hired, and I am confident that he will get the job done.  But this will not happen tomorrow, and police will continue to have a duty to engage in the responsibilities placed upon them through provincial legislation.

I have been elected for 24 years and I served on the Ottawa Police Services Board for 7 years.  I am well aware of the needs and demands requiring police support in Ottawa.  I will support the 2.86% budget requested by OPS for 2022.  There may be a time in the future where a zero percent budget increase is possible but certainly, we are not at that point today.  Calls for service will increase as our city grows and we know it will grow by over 40% in the next 25 years.

We cannot risk falling further behind in staffing levels. This will cost our taxpayers more in the future.  I reiterate that Chief Sloly was hired after a nationwide job hunt. We provided him with a mandate to modernize our police service.  Imposing new roadblocks on him after 24 months as Chief sends a message that we no longer support his vision. I urge Ottawa Police Services Board members to support our Chief and approve a 2.86% increase to the Ottawa Police Service budget for 2022.

The Difference Between Winning and Losing, Dichter’s Blog via Masuma Khan