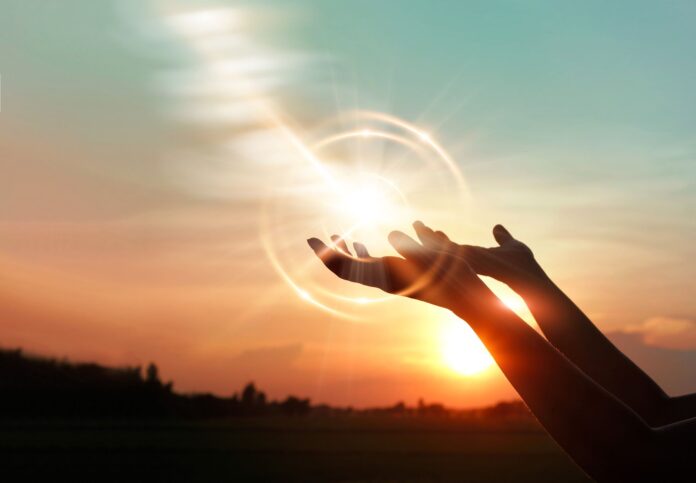 On the authority of Abu Huraira (may Allah be pleased with him) from the Prophet (peace and blessings of Allah be upon him) who said, “Whoever relieves a believer’s distress of the distressful aspects of this world, Allah will rescue him from a difficulty of the difficulties of the Hereafter. Whoever alleviates [the situation of] one in dire straits who cannot repay his debt, Allah will alleviate his lot in both this world and in the Hereafter. Whoever conceals [the faults of] a Muslims, Allah will conceal [his faults] in this life and the Hereafter. Allah is helping the servant as long as the servant is helping his brother. Whoever follows a path in order to seek knowledge thereby, Allah will make easy doe him, due to it, a path to Paradise. No people gather together in a house of the houses of Allah, reciting the Book of Allah and studying it among themselves, except that tranquility descended upon them, mercy covers them, the angels surround them and Allah makes mention of them to those in His presence. Whoever is slowed by his deeds will not be hastened forward by his lineage.” (Recorded in Muslim)

Oh Lord, right now someone is raising their hands to the sky and asking for Your help because they are in some kind of trouble or in need.

Oh Lord, they are asking that You send someone along to help them.

Oh Lord, I too am raising my hands to the sky and asking of You that I will be the answer to that person’s prayer.

Oh Lord, I am begging you to let me be the instrument that You use to help that person who is calling out to You right now.

Oh Lord, this person is imploring You in desperation and calling on You by Your most beautiful names, begging and pleading that You intervene in their plight, whatever that may be.

Oh Lord, grant me the ability and opportunity to help this person.

Oh Lord, use me to relieve the suffering of another human being with the limited capacity you have given me.

Oh Lord, Labaik Allahumma Labaik (Here I am, O Allah, here I am).

Oh Lord, I want nothing from You other than you not be angry with me and forgive me, and relieving the source of someone’s distress is a source of Your Divine forgiveness and mercy.

Reflections on the coming Day of Judgement and the company we...

A summer like no other with music festivals, events and gatherings...

Seven tips to manage anxiety, stress and isolation during the COVID-19...