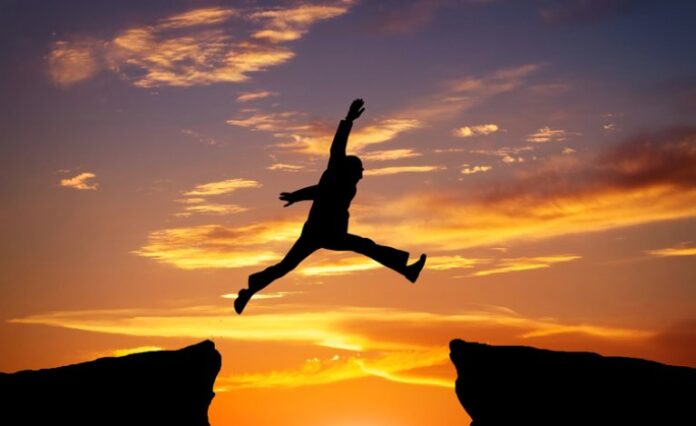 This is a story of a family that immigrated to Canada in the early seventies.

In 1970, and due to contractual obligation, Mr. Mann, after graduating from London, England, returned to work in his birthplace, the city of A’adan. It was then ruled by a brutal Communist regime. And because of his education in the U.K., Mr. Mann was suspiciously looked upon as a British stooge and continuously harassed. He was wrongly labelled as a British stooge. When he could take that life no more, he fled his homeland and decided to settle in Canada.

Canada is perceived as the land of many opportunities. His arrival marked a happy event, leaving behind the misery of the unruly and the cruel regime.

In his very first month in Aurawa, he met with a kind young woman, called Mary. They fell in love and decided to get married in 1977. The happy couple worked hard to lead a fairly successful life. Their first child was a baby boy, called “Miro” was born in 1980. The second baby boy was called ‘Star”. In 1987, the couple was also given God’s gift of a baby girl. They proudly named her Layal.

While Mr. Mann is a Muslim, his wife was a devoted Catholic of Caribbean origin. They had arranged to raise their children as “Muslims” and allowed them to attend French language schooling. Miro and Star did well at school. They developed effective friendship with schoolmates of different Canadian and ethnic parents. As teenagers, Miro chose to pursue bodybuilding as a hobby, while his younger brother, Star, carved a musical talent and poetry.

It is Star that would hit the news on September 28th, 2001. Three young men, following an altercation in a local university lounge, murdered the 19 years old Star. The murder place was only a block and a half away from the Mann’s family residence. The news of the murder rocked the peaceful community, and inflicted on the Mann family shock, grief and disbelief. They continue to grieve the tragic loss of Star.

The Aurawa Police managed to apprehend the three murderers and charged them individually with Second Degree Murder. The local community was bracing for justice. Shocked families in the neighborhood prayed for true justice, while following up on the court proceedings.

Donations were given to set up a memorial Bench in memory of the slain Star. It was placed at the park where the tragic murder incident occurred. In its very first week and many times thereafter, the bench was vandalized and the plaque was removed. That in turn resulted in the ethnic community in the neighborhood to fear for their lives and the lives of their children.

It was reported that Star’s funeral was one of the biggest in recent history for a local youth. In addition, the Pinewest Cemetery was

filled with local media personnel. They ran several articles about the murder case. In addition, the local Television Stations initiated the newscast with the tragic death of Star as a young rising local musical star with future potentials.

The Mann family received hundreds of letters from as far a way as New York, California, Hawaii, New Zealand, Europe and the Middle East mourning the tragic death of their son, Star. It gave them hope that true justice would indeed be served.

The pretrial court proceedings, headed by Judge Fona, commenced in January 2003. It lasted on and off for approximately six weeks. A follow up Pretrial proceedings was scheduled for April 2003, when one of the three accused young men had entered a Guilty Plea. His proceedings was then separated from the other two. A publication Ban was enforced at all times to ban details of the case to be published. The Mann family did not concur with that decision.

It was however in the Pretrial Proceedings of the remaining two defendants that a dramatic turn of event would take place. The pretrial proceedings lasted for several weeks. However, Judge Fona decided to render judgement in just a little under eight minutes. He had called for a reduced Manslaughter Charge to the two accused, named Zozo and Logan, instead of the former Police charge of Second-Degree Murder. In his closing address, judge Fona showed no feelings toward the grieving family, nor did he express sorrow for what had happened to their murdered son, Star. He did not explain his judgement nor did he care to explain the law that he chose to adopt for the reduced Manslaughter Charge.

The Mann’s family felt that they were handed another stomach blow in their tragic life. They lost their son, Star, and add insult to injury, judge Fona had chosen to buy the defense version of the murder case. That it was merely a “fight” or settling of account. The Mann family thought what incentive would they have to attend further court proceedings?

At the time the judge announced his verdict, Mrs. Mann burst crying loudly in the courthouse. Sobbing, she repeated, “This is not fair. I can’t believe it!! ” Friends and relatives gathered around her to console her. Mr. Mann was equally shocked at Judge Fona’s brief judgement, and he remained quietly praying at a corner in the Court House.

It was thought that the reduced judgement of Manslaughter Charge, instead of Second Degree Murder, would advance the cause of the accused murderers rather than protect the innocent victims. It was further perceived that it would display an adverse message to the community. “KILLERS CAN GET AWAY WITH MURDER”. It was reported too that the judgement, unless carefully reviewed and challenged, the Canadian Justice System would be labelled as “Unjust” and “Blindfolded”.

A Community member was reportedly saying, “We demand explanation from Judge Fona. The soul of a young man, 19 years of age, ambushed with a deliberate attack and murdered in the dark of night, demands more than just eight minutes of his hasty verdict.”

The Mann’s family and the Community consisting of Canadian immigrants as well as many others demanded protection. Many thought that judge Fona incorrectly advertised the wrong message in his verdict. Little or no regard was devoted to the grieving Mann family and their murdered son.

“Why such luck and why such brutality in the Canadian Justice System”, said Miro, the older brother of Star. Others commented that Judge Fona and the accused Zozo are descendent of the same South European Mediterranean country. Questions were asked if that might have influenced the verdict rather than apply the law of the Canadian Judicial System.

On September 28th, 2001, (17 days after New York’s 9/11), the Mann family, of Middle Eastern origin, woke up to the worst day in their lives. The shocking news of the violent and tragic death of their son, Star, impacted their lives forever. In addition, the absence of courageous true justice marked June 17th, 2003 as the Second Worst day in their lives. Many thought that the murder might have been racially motivated. However, Judge Fona did not see it that way.

Someone commented, “ Star will continue in Heaven, while the Canadian Justice System will maintain its place firmly in Hell. Thanks to verdicts such as that of justice Fona’s.”

It was further suggested that the Canadian Justice System might require new and fresh blood to preside over Criminal court cases. The blood and the brain of young men and women that would replace the old and the stale. Young Judges that would take the time to study and understand the prescribed law, and to consider the safety of the community at large. A Blood that would maintain alertness and fetch the judgement beyond the apparent distorted evidence. A blood that would replace the dozing judge, who lacked the incentive and the drive to discover the new realities in our modern life. Little or no interest was displayed in following up on the events of the court proceedings. Judge Fona was falling a sleep on his chair as the Prosecutors and the defense team were arguing the case.

An angry voice burst, “We are talking about the loss of an innocent young life, when the judge is unfortunately trying hard from not falling a sleep on his court chair!” And finally, bloods that would positively rebuild the confidence in the Canadian Criminal Justice System, and would actively interact with the new realities of its intricacies.

Many thought that the Canadian Parole Board untimely decision was yet another back door hole to the continued slippery slop injustice in the Canadian Criminal Justice System. Hence, it was suggested that one might commit a crime yet get away with it in Canada! The Police Major Crime Unit would go out of its way to apprehend the perpetrators, but the Canadian Justice System would fail to lock them in.

We therefore appealingly say: In the name of God, Her Majesty the Queen and the Canadian Criminal Justice System, we urge the Canadian Government to save the lives of our youth. Stop the violence once and for all. Simply lock away the murderers and throw away the key.

DO NOT WASTE THE LIVES OF OUR YOUTH !